What to Expect After Your Acupuncture Treatment 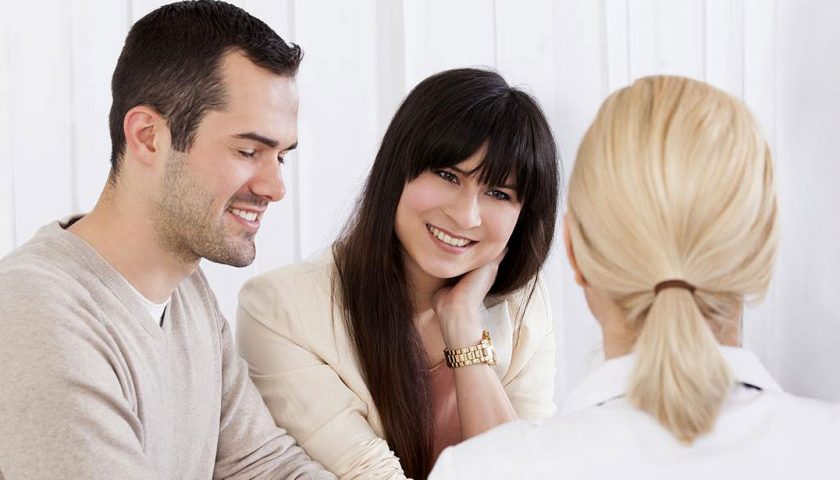 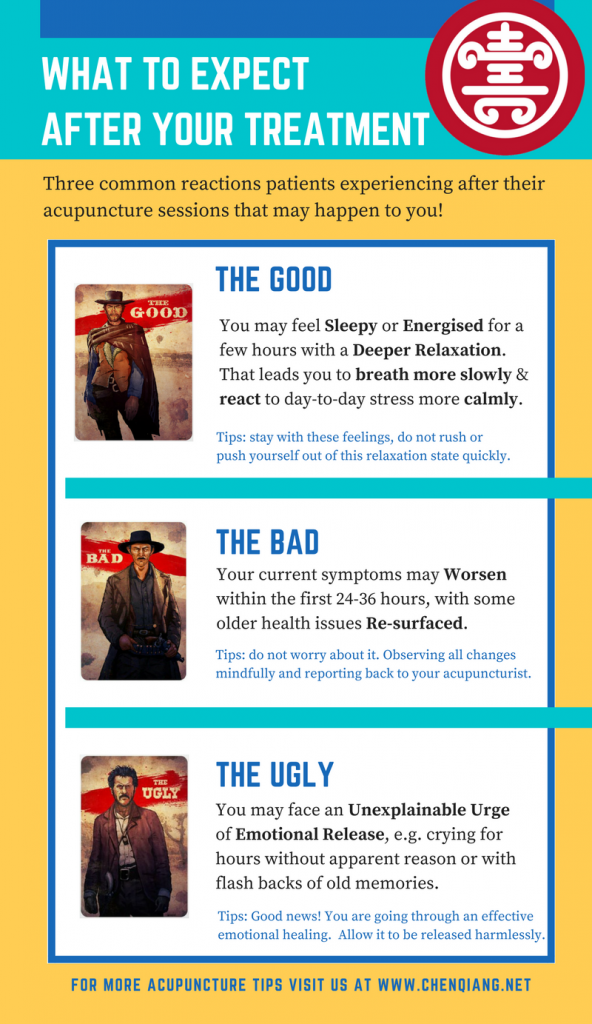 1. Relaxation: You may feel deeply relaxed which lasts for hours or even for a day. In such a state of relaxation, your concentration may be downgraded: following conversations or focusing during meetings become difficult, or simply can’t keep awake. As modern medical researches have noticed a higher amount of endophins (body’s natural morphin in the brain) is secreted after the acupuncture treatment. That may explain why you may experience a natual high after acupuncture treatments.  The best thing you can do in this situation is rest – take naps or go to bed early. Our body is designed to be healed most efficiently when we are in a deep sleep at night.

2. Emotions: Some patients would become more emotionally sensitive for a short period of time. I have seen patients cried for hours without any reason; grieving for something happened long ago or become irritated and can’t tolerate others. If you experiencing these reactions, congrats. You are emptying your emotional bucket that is timely and healthy. We all have an emotion container to bottle up our negative emotions from everyday stress. When the container is full, even a smallest drop of stress can make it overflow, that is why disproportionate emotional reactions occur at the slightest triggers. For many, they put heavy covers on the top of this emotion container, to hide their emotions from everyone. During the acupuncture session, this cover is melting away and emotions are streaming out. It is healthy to let the emotions set free from time to time. You might use this opportunity to start in-depth emotional conversation with family or friends, or pause your life and find a quiet corner to absorb your emotions. After this period of emotional liberation -usually two or three days – you will feel lighter and more  content with  your life.

3. Pain Relief: For patients with acute pain or injury, acupuncture offers an impressive pain relief which lasts. For patients with chronic pain, the drastic reduction of pain during the session may not last permanently. Usually the pain comes back after a few hours or even a day. In Chinese medicine, we look at energy flow within the body as the water flow in the pipes of a building (when we know it is there, but we can’t see it). When there is flood in the bathroom, we know there is blockage of in the drainage system. Similarly, when there is a pain, the Chinese doctor sees a blockage of energy flow. A chronic pain, to Chinese medicine, is a blocked drainage system, and pipes are rusted in the body. Acupuncture works like a plumper, apply pressure at certain point to flush out the blockage, so the flow is restored and the pain has gone. However, because the pain (blockage) has been there for a long time, the inner layer of the pipe is rusted and attached much rubbish on in. When the flow restores, the rubbish loosen and start to move and block the flow again in sometime later. By then, the pain reoccurs as a worse pain or even moves to a “new” location. So as the acupuncture sessions are persistent the flushing work will continue until all the rubbish and rust are cleaned in the meridians. When the pain reappears, do not panic or worry, but take some sensible steps to help calm the pain, like resting, apply red flower oil locally, or at its worst, take some pain killers. It is important for the patient to give the doctor the feedback of how long the pain relief was last and any changes in the pattern or site of the pain.

4. Elimination: Some patients experience more urination after the acupuncture session. Some have told me that they can’t stop going for pee, ten times in one afternoon, without drinking more water. As you would expect, their bloating and water retention would be relieved significantly. Meanwhile some may spot changes on their bowel movement: more frequent, increased volume, or stronger odour. Both signs of good eliminations indicate body elevates the level of metabolism, or in the Chinese term, a better energy flow in kidney and spleen meridians.

(2 – 4 weeks)
Running nose, sore throat and some cold symptoms may appear during the second or third week of an acupuncture treatment. In Chinese medicine, an unresolved cold or flu was the underlying cause of many health problems, like poor circulation, stiff neck and back and migraine. Running nose, fever and body ache are the natural response of body fighting with a cold or flu attack, like casualties and bombarded border during the war that defense force fight the enemy from invasion. When the drug is used improperly, symptoms do suppressed but one’s health goes down, like a cease fire at war by confiscation of weapons from the soldiers, and let the enemy loots the country. Once acupuncture treatment enhanced the immunity, as if the army is armed ready to fight the invader again, cold and flu symptoms reappear. These symptoms usually last for a week; some Chinese herbs might be used for a faster healing.

Meanwhile, some patients may notice reappearing of many other symptoms, which bothered them previously but have forgotten for sometimes. It means the increased body energy expelling many underlying ailment. For example, reoccur of appendicitis or hemorrhoids that happened years ago. While body is in a reversing process of healing, it often notices that the recurred symptoms are not causing as strong discomfort as a normal attack. Reassessment of patients condition and modify treatment plan would be required. It is important to let the practitioner to know the previous history of illness may just happen to be remembered again.